by Elizabeth
in Crime, MetroFile
0 0
0

The family of a 12-year-old secondary school student is seeking justice after the minor was allegedly beaten to the point of death by his fellow students who wanted to initiate him into a cult.

According to one Perrison Oronomi who shared the story, the school authorities had informed the parents of the student that he was sick, and when the parents took him to a hospital in Warri for treatement, the student revealed that he was severely beaten by fellow students of the school because he refused to be initiated in a cult group. He eventually gave up the ghost shortly after the confession.

The college located in Lagos and it is also said that he revealed some of the names of the students who were behind the beatings and initiation. 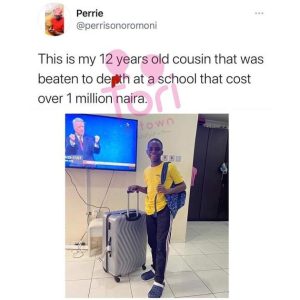 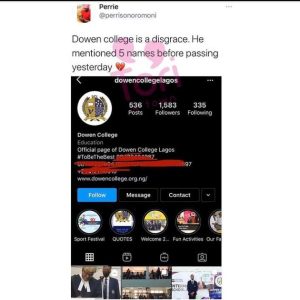 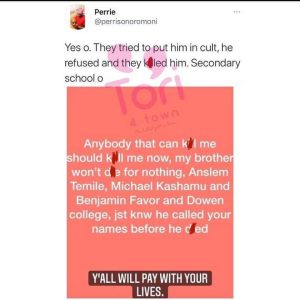