by Olufemi
in MetroFile, Press Release
0 0
0

The National Drug Law Enforcement Agency, NDLEA and the Nigeria Security and Civil Defence Corps, NSCDC have agreed to strengthen existing partnership and synergy between the two agencies in various areas of operations especially in the fight against drug abuse and illicit drug trafficking. 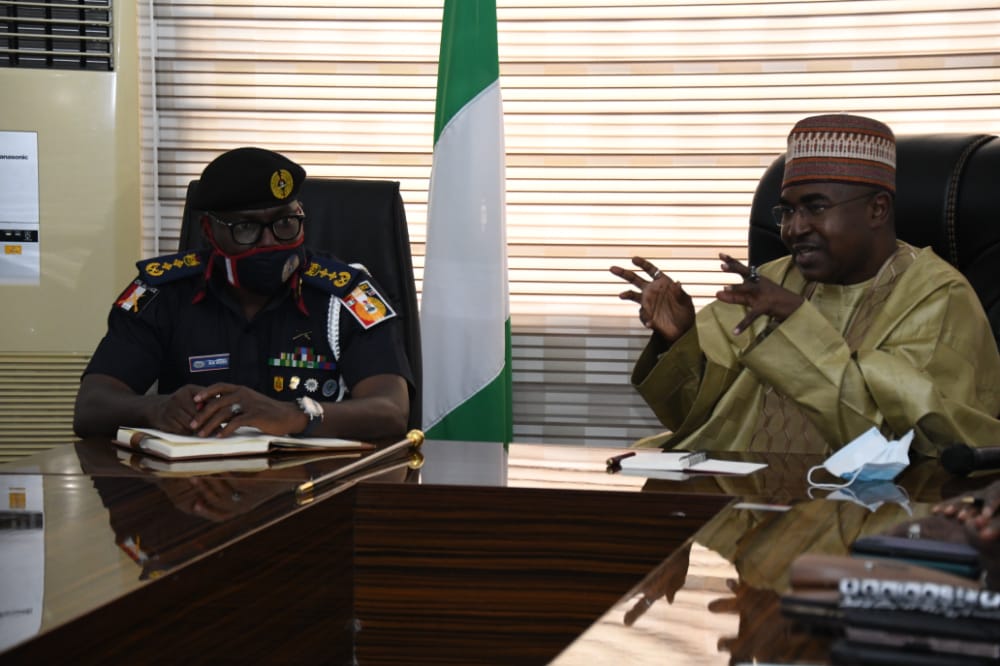 The commitment was the highpoint of a courtesy visit by the Commandant General of the NSCDC, Dr. Ahmed Abubakar Audi to the Chairman/Chief Executive of NDLEA, Brig. Gen. Mohamed Buba Marwa (Retd) at the anti-drug Agencys national headquarters in Abuja on Thursday 6th January 2022. 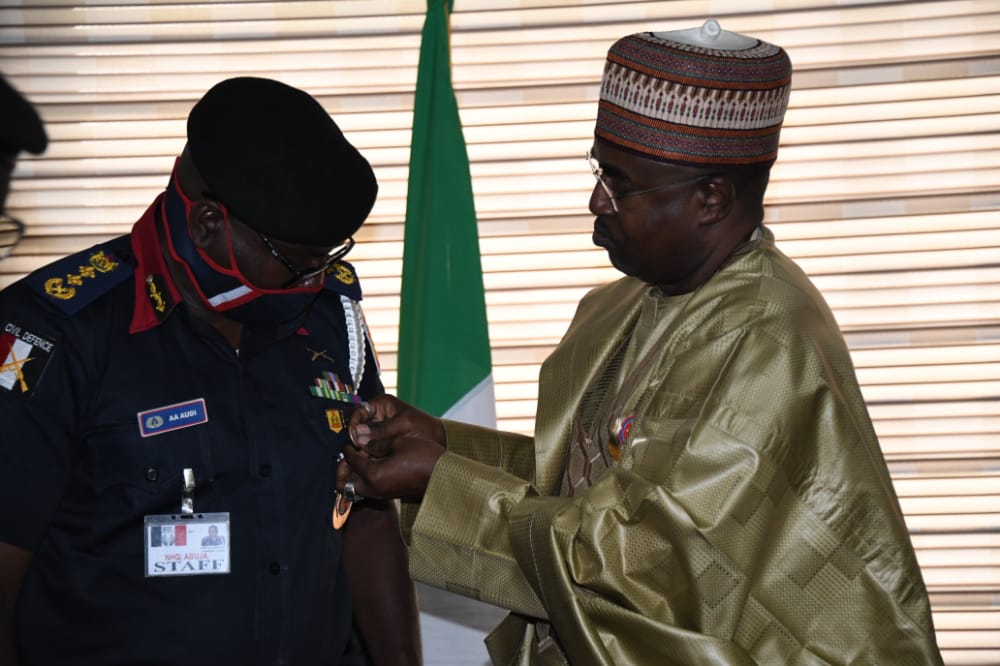 In his remarks, the NSCDC boss said he was on the visit to tap from the knowledge and experience of Gen. Marwa in transforming NDLEA within a short time; seek for synergy and collaboration between the two agencies, while noting that he has continued to follow Marwas antecedents and achievements in public service since he was still a student.
In his response, the NDLEA Chief Executive commended the NSCDC boss for bringing to bear his experience and intellectual capacity on the work of the Corps. He said whatever has been achieved in the past year in NDLEA was due largely to the grace of God as well as the commitment of officers and men of the Agency.
According to him, well like to bring the problem of drug abuse under control as quickly as possible because of its effects on public health and national security. As such, well like to call for renewed partnership with the Civil Defence so that together we can bring criminalities under control in communities and the country at large. With your visible physical presence in the grassroots, well work with you in our drug demand and drug supply control efforts. 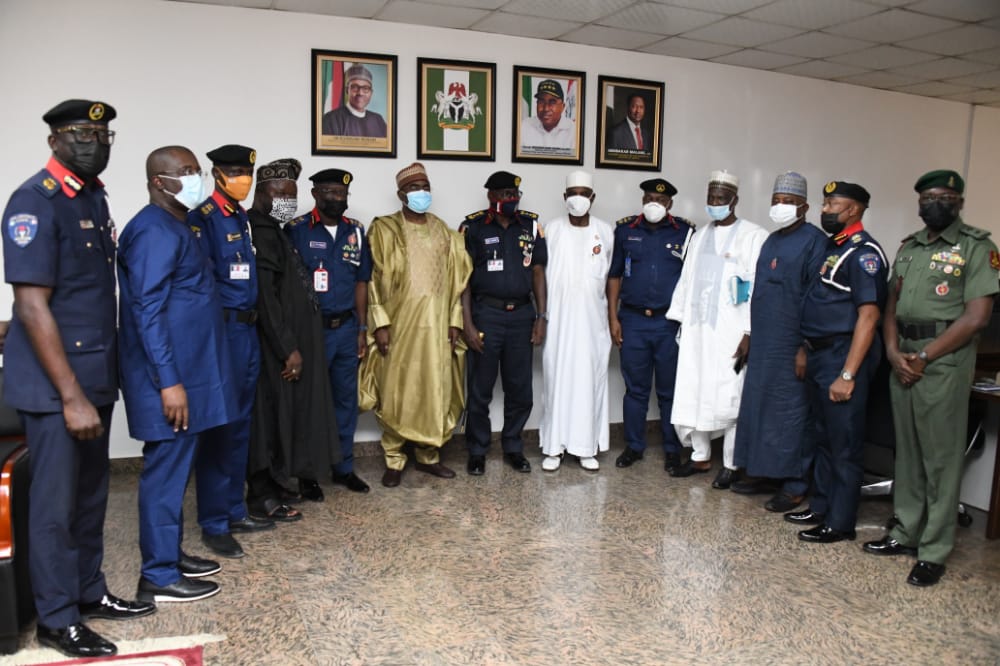 Earlier, the leadership of Global Peace Advocacy and Empowerment Initiative led by Ambassador Sadiq Badamasi Ibrahim also visited Gen. Marwa during which they sought partnership with NDLEA on their mission to take anti-drug advocacy campaigns across the country. The global body also conferred on Marwa the 2021 Man of the Year award among other recognitions.