by Elizabeth
in Celebrities Watch, Entertainment
0 0
0
Share on FacebookShare on TwitterShare on WhatsApp

Ex-boyfriend of controversial Nollywood Actress, Tonto Dikeh, Michael Awujoola, better known as Malivelihood has released his pre-wedding photos to his soon-to-be bride who is the daughter of Senator, Smart Adeyemi. 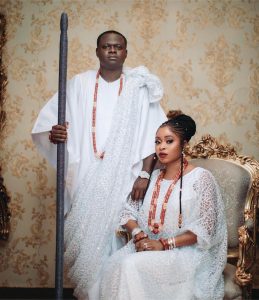 The luxury designer shared this beautiful photos ahead of their wedding which is slated to hold on the 5th of December 2020.

The wedding hold at the National Ecumenical Center in Abuja, the event is set to witness the present of the high and mighty according to reports.

The happy husband to be took to his social media handle to share the news and captioned it”#MADS2020 We had to do it for the culture. Yoruba King & Queen.

Styling done by my beautiful wife @deolasmart The Royal wedding of all time. Happy new month to everyone”

Malivelihood and Tonto dated for years before their love life hit the rock, it was reported then that he was her financial supporter and brain behind her luxurious lifestyle.